Recently recalled from her command post at Chanerro Pass, Camisse thinks she is little better than a Naught. In a family of wizards, with her niece Alstera considered the greatest wizard of her generation, Camisse serves the Enclave with leadership skills and sword skills rather than wizardry.

Yet someone wants to remove her from her command post.

And someone else wants to remove her from life.

Who could it be?

And what of the outland wizard she met? Where does he "fit" in the Enclave? Why has the Pater Drakon concerned himself with Pearroc Seale?

Camisse crossed the thick carpet, hoping her boots left no sandy trail. The woven carpet was a gift from the king himself, she remembered.

She bent and pressed dry lips to her mother’s papery thin cheek. As she straightened, she saw in Letheina a fragility she had not expected. Her mother looked shrunken. Her flesh looked peeled from beneath her skin. The ArchClan’s eyes, though, retained their steely cut.

“Ma mère,” she warned and indicated her dusty breeches.

“If you ruin the upholstery, it can be replaced.”

Camisse sat. She saw her mother’s hands shake. How old was Letheina? Eight and seventy? As a child of her mother’s later child-bearing years, Camisse had always viewed her as old. Now she looked truly aged.

Raigeis sat to the right, the place that he’d taken while still in his teens. Camisse had welcomed her appointment to the border—terrified of change, awkward with command, but glad to escaped her brother’s tyranny.

Letheina rested her arms on the damask-covered arms of her high-backed chair and clutched the wood that formed the downward curve to the seat. “You do not look as if you spent the morning sparring. Or that you rode six days from the border to here. Or that you were engaged in a battle against sorcerers and wyre when Raigeis’ sons arrived with my message.”

My secret stash of energy, she wanted to retort, but whimsy had little place in her clan. “I’ve rested two days, ma mère. I am resilient. How long before I return to Chanerro?”

“So eager to return?” Raigeis selected a pastry from the nearly empty platter. “Have you not missed our entertainments? Theatre? Concerts? Dances? You once claimed them important.” His bite into the pastry left a smear of cream on his lip. He wiped it with his thumb.

The more unsettled she became, the easier it was to avoid whimsy. “The importance that I claimed was only in looking after my niece and my nephew, both of whom I have yet to see since my return. You assured me they would be well cared for.”

“Do you suggest that we neglected them?”

“No.” She twisted a little then settled, not wanting to give Raigeis more ammunition. “I would like to see them, but I am told—several times—that they have duties they must perform. No one, however, will tell me what these duties are. I ask a few minutes only, but they are busy. At Chanerro, we do not have soirées and multi-course dinners with dancing and iced pastries with our tea. Are these entertainments their duties?”

“Of course not.” Letheina scowled. “Romert has duties at the palace. I am surprised you did not see him yesterday. Alstera works on a project for my brother. They both will attend tonight’s reception. If that is an acceptable time for you.”

“When Allard and Ferrant arrived at Chanerro, they said my return was a necessity. This is my third day back. Am I to hear the reason for my recall? We were considering an attack on Verrein Snows, the tower we lost a half-century ago. The Drakon’s eldest brother died there. He would be pleased to see the keep returned to us.”

Letheina’s nails dug into the blue damask. “Why do you speak of the Drakon?”

In the past she had never managed to keep private any of her activities and meetings with people outside the clan. She did not try now. “He was at the practice ring this morning.”

“You met him there?”

Her mother’s intensity warned Camisse to have care with her words. “I encountered him there, along with his outlander protégé Pearroc Seale. Ruidri Talenn introduced me to the Drakon’s comeis, who is his brother. I did hope to mention Verrein Snows to him; I saw it not a month ago. It is still a mighty citadel. We did not speak long enough to bring it up, however.” Had she eased their suspicions?

The ArchClan’s nails no longer scratched the wood. “I am pleased you remembered Verrein Snows’ connection to the Enclave. It should be returned to our control. When you take it, will you move the bulk of the border guards to that fortress?”

Raigeis’ twin sons had hinted that she would not return to Chanerro. Letheina’s question sounded as if she would. Camisse shared her plan and hoped she would be allowed to fulfill it. “Only if we can also take the Verrein Dale. Although the citadel looks strong, it can be cut off in winter. Verrein Dale would give us two outposts, each supporting the other. And then we will have moved the border back to the line we once held for two hundred years.”

“That would please the king.” She shifted as if the next words were difficult. “The reports we receive greatly please the king, especially with the failures at Iscleft in recent weeks. You have led our forces well.”

Praise surprised her. She couldn’t completely control her pleasure. She knew the tribute hadn’t come from her mother. Letheina had always been chary with any praise. Camisse had spent her childhood and youth striving to win her mother’s approval. Command had taught her to look for inner rewards. When she learned that trick, when she learned how to convince the Fae to trust wizards, the first successes followed. They had setbacks, but rising morale won as many battles as good strategy and steady supplies did.

“I am pleased to serve,” she said then added the question she had vowed not to speak. “If you are satisfied with my leadership, why did you send Allard and Ferrant to replace me?”

Letheina’s chin jerked, as if she blocked a look at her son. “You are not replaced. The twins merely stand in your stead until your return.”

“That is not what Allard implied.” She looked squarely at Raigeis, father of the twins. “Allard gave me the impression that I would not return.”

“Of course you will return,” her mother repeated, “likely by the end of this month.”

Yet Raigeis shielded his eyes and reached for another cream pastry.

“It is difficult to balance wizard, Fae, and military,” Camisse pointed out. “This recall, at this time, it cam disrupt that fragile web. Chanerro is successful because we work together. Iscleft is not successful. The commander there lets the wizards run the strategy. If the balance we worked so hard to build is broken, the web will fall apart. We will lose all we have regained. I would return sooner than the end of the month.”

“You will return when the ArchClan no longer needs you,” her brother snapped, asserting his magister authority.

“If I do not return,” she carefully kept a neutral tone,” my captains may revolt. Allard offended the Fae captain within the first hour, and the wizard captain by nightfall. They may have orders to replace me, but I left Captain Symonys of Bronchet Clan in charge. He has battle experience. Forgive me, brother, but your sons do not, and they speak incautiously.”

“She has every right,” Letheina snapped. “She commands the post. We have gained much in the years I have required her to command Chanerro. She will return to that command. Allard wanted a posting, and you sent him with his brother to learn. He understood that the posting was temporary. In hindsight, perhaps we should have sent a veteran captain.”

Watching Raigeis swallow an argument against his mother, Camisse asked, “Or was Allard assured that his appointment would become permanent?”

Her brother reared back. He glared at her, and she gave a little nod. Yes, she understood him very well, too well.

“The ArchClan must approve any permanent posting.” He sounded hidebound.

“Oh, be quiet, Raigeis.” Their mother’s patience had thinned. “You tried to manipulate the situation, and you have been found out. Go. Scry a message to your sons. And then check on the preparations for this evening’s reception.”

“All is going as planned.”

He stared at his mother then stood, giving Camisse another glare. He didn’t stomp from the room, but his stiff walk exhibited anger. He shut the door carefully behind him.

Letheina looked at Camisse. “Would that there were spyholes in this room. He would stand there until you leave.”

“Nevertheless, shield our conversation. I wish to speak of things that I do not want him to hear.”

If Raigeis had done the shielding, it would have collapsed when he left. Camisse obeyed. Her magic ran easily for these shallow spells; it was the deeper spells that she struggled with. Aware of her mother’s critical gaze, she built the wards quickly, having had much practice in the last decade and a half. Plans for battle never succeeded if stray ears could hear. 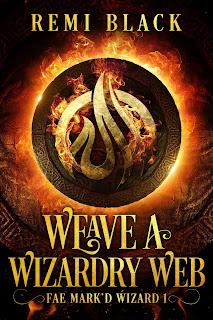 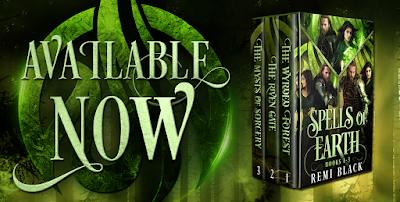 Sign up for the newsletter and receive for free the novella To Wield the Wind. Click this link and head off to Book Funnel, which makes everything EASY :: https://dl.bookfunnel.com/e8tm5gwyx5

SPELLS of AIR trilogy is available as three audio books. Here's 1st chapter of *To Wield the Wind