It's a series on Advice to Newbie Writers. This will last a while. Enjoy.
Newbie Mistake #7 ~ Live and Learn
Over several years—before I started my self-publishing journey—I tinkered with the idea of being a full-time writer. I would play with a story until it began difficult then jump to another. As I continued on, I eventually starting writing a single novel and sticking with it until finished.
However--and it's a big HOWEVER--even after I began this "start and go to finish", I had one novel that I continually played with, writing the whole thing in pieces.
Jigsaw puzzle pieces.
Which also had a major problem called "VERSIONS of the SAME SCENES". This is not good, people.
Some scenes had over SIX versions.
Pulling that MS together was a nightmare. I am still happy with the final manuscript, but for weeks I pulled my hair out trying to bring everything together into a cohesive story and trying to meld those different versions of a single together to create a coherent scene.
The FIX :: When I decided to publish another early MS written as bits and pieces of scenes over several years, I did not want to repeat that long summer of writing horror. So, to approach the revision, I didn't try to pull the scenes together.
I knew what the scene needed then skimmed the old scenes for ideas and ... I wrote completely new words and shredded the old as each scene finished.
I finished that book in less than six weeks as opposed to three months.
IN AUGUST, we'll look at Newbie Mistakes that I didn't Make, on the 5ths (5 / 15 / 25).
Come on in. The water's fine.
at July 30, 2020

Have you ever heard of writing sprints? People talk about them as if they are fabulous ... and they are excellent at creating focus for half... 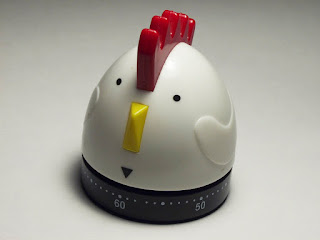